February is LGBT+ History Month, a time where we should celebrate and remember the people who have helped shape the current LGBT+ community, and even society as a whole. The rainbow flag, the symbol of equality within the LGBT+ community, is traditionally made up of 6 colours; red, orange, yellow, green, blue, and purple. As part of this year’s LGBT+ History Month celebrations, USWSU has decided to honour some of these influential figures from the past and present, and the different aspects of the rainbow flag that they represent!

Marsha was a transgender woman of colour who was part of the original Gay Liberation Front in New York and was one of the original figureheads in the Stonewall Riots of June 1969. She was also an AIDS activist and supported many LGBT+ people during her life. Unfortunately, she was murdered in 1992. Marsha gave her life to LGBT+ causes and the fight for equality, against police harassment, and against a society that didn’t accept her, and we feel it is only right that Marsha represents the aspect of “life”.

The frontman of the legendary band Queen, Freddie not only was an icon in the music world, but also in the LGBT+ community. Freddie did not align himself with a particular sexuality, but he had male and female partners. In the late 1980s, Freddie was diagnosed with HIV and did not reveal it publicly for several years. He passed away in 1991 due to complications from AIDS, and the life-threatening illness that comes as a result of HIV. There was an extreme stigma surrounding HIV and AIDS in that time, and although it has been reduced with the work of charities like the Terence Higgins Trust, the stigma is still present. As such, Freddie represents the “healing” aspect, where people with HIV now live full, healthy lives.

Ellen is a comedian, host, and writer, who came out on national television as a lesbian at the same time as the character she was playing in her own sitcom also came out. She faced a huge backlash and her show was cancelled - all for coming out. Despite facing constant criticism for being a leading, out, gay woman, she has remained positive and optimistic, with a sunny disposition, therefore; representing “sunlight”. She has remained in the public eye, hosting, and continuing to entertain people worldwide.

Gareth is one of Wales’ most iconic rugby players. He is also gay. Coming out in 2009, he became the first openly gay professional rugby union player. In late 2018, he was assaulted because of his sexuality in Cardiff, and chose not to press charges. LGBT+ people cannot help who they are; it is natural. Diverse expressions of sexual orientations are present throughout “nature”.

RuPaul Charles, “Supermodel of the World”, has been influential in the current perception of LBBT+ people. RuPaul’s Drag race has provided arguably the largest platform on television for LGBT+ people to share who they are, and their own stories. Not all LGBT+ people are the same, or share the same opinions, and it is important that all are heard. RuPaul brought the “magic and art” of drag to the mainstream masses, where it is enjoyed and celebrated by many, increasing awareness and acceptance of LGBT+ people.

Alan was recently voted one of the greatest people of the 20th century - and with good reason. Alan is the father of artificial intelligence and led the team that cracked some of the most important messages in World War Two. Despite this, in 1952, he was prosecuted for homosexual acts. He opted to receive chemical castration (sterilisation, leading to infertility) as opposed to prison, and died in 1954. Alan’s “spirit” lives on; his sexual identity should not have made him ‘less of a person’ and his life was taken away from him for it.

All these people have contributed massively to how all of us live and they should be applauded. When LGBT+ people are discriminated, think about what you can do, and how you can fight for their rights to live, love, and be happy. 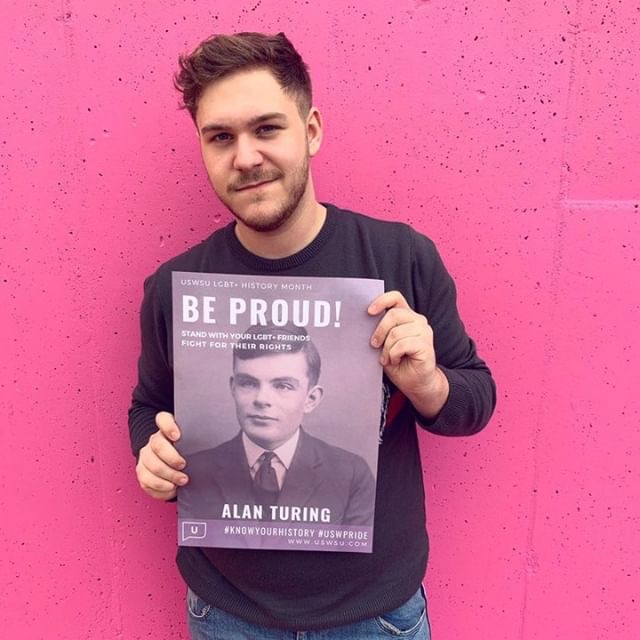